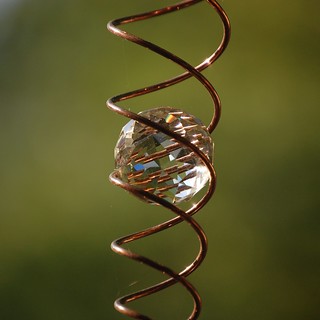 The arrival of Christmas, and the run-up to the new year, naturally prompt reflection. Looking back at 2013… well, it’s been a full year in many ways. I’ve met some fascinating people, and learned an awful lot. I’ve very much enjoyed the courses I’ve taken at the Traditional Upholstery Workshop in Meidrim, near Carmarthen. The course in London where I qualified in auricular acupuncture. Systema classes at the Cardiff Martial Arts Academy. Incredibly different contexts, but without exception they were times I will look back upon with great fondness.

Of course, the sad fact is that for me the year was dominated by illness, and by the growing understanding that the hopes I’d held when I left China to return to Wales were never going to be fulfilled. Ultimately, time came to accept that the situation was irredeemable, and that I would have to walk away… As a result, the last couple of weeks have been frantic, as I’ve been preparing my move to Russia. It really has been intense; it’s involved some situations that are really quite comical – but which will have to be told another time, I’m afraid!

Still, all is almost ready; there’s a lot still to be done, and little time to do it – but I’m confident now that the major glitches have been overcome, and the move to St. Petersburg should now be relatively straightforward…

I really don’t know what to expect of St. Petersburg. I’ve seen a few pictures, of course: mostly of the main tourist sites, and I’ve done a bit of exploring via Google Maps’ Streetview. I’ve bought the Lonely Planet city guide.

Curiously, when I went to hand in my staff card at the university, the woman on the desk – a Welsh-speaker whom I’ve chatted to on previous occasions – turned out to have studied in St. Petersburg a few years ago. She’d loved her time there, and would happily go back again; that’s certainly a recommendation! Her main points of advice were:

Still, this doesn’t really give me any sense of the city’s character – how it works, how people relate to each other there, how foreigners fit in.

Nothing unremarkable in that, of course. I’ve never been there – why would I expect to know how the city works before I’ve spent any time there?

Oddly, though, it is rather a new experience. When I first went to Singapore, I’d read plenty of Conrad and Somerset Maugham, which at least set the scene for the races, cultures, and relationships that I would encounter. The popular memes of caning, fines for chewing gum, bans on long hair for men, and the other perceptions of Lee Kuan Yew’s “Disneyland with the Death Penalty” brought my knowledge up to the seventies and eighties. By the time I actually moved there to live and work, I’d added Cherian George’s Airconditioned Nation to the mix.

Flying to Beijing for the first time was a similar experience. I’d read lots about Chinese philosophy and martial arts. I’d read a number of books by Westerners who’d lived in the foreign concessions in the period between the late nineteenth century and the Communist takeover. I’d read lots about the Great Leap Forward, and the Cultural Revolution; books by foreigners, and by Chinese such as Jung Chang. I’d read books about the new Chinese economy (though not many at that point – in 2004, the torrent of books about that was largely yet to come).

A little bit of knowledge is, of course, a dangerous thing. It would certainly be a serious error to arrive in Singapore and behave according to what you’d read in Far Eastern Tales! I did at least avoid that mistake; I’d read a sufficient variety of sources to have a multi-layered set of perceptions. I’ll confess, though, that as my plane descended towards Beijing in 2004 I was still wondering whether the Chinese were still hostile to westerners… (They weren’t).

Still, despite their shortcomings, these sources had given me some idea of what it was like to live in Singapore and China – what it felt like, what I’d see around me, the smells and colours and other sense experiences; the rhythms of speech and nuances of attitudes, the way native Singaporeans and Chinese perceived people like me.

I have none of that for St. Petersburg. I have some books about life there before, during, and shortly after the Revolution. A couple of Soviet-era travel narratives. All of them about worlds that have vanished, without even the resonance that the Cultural Revolution still has in contemporary China.

This is going to be interesting.