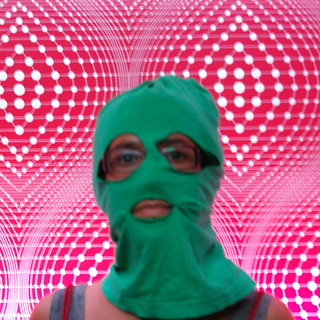 It may be that, like myself, you’re about to move to another country. Perhaps you’re engaged in some kind of international business. Almost certainly, you deal with people from different parts of your own country. You may be pondering the best way to handle a proposal, or assessing how someone will respond to a new project. It may be, as the economists would have it, that we are all rational actors make decisions according to our own best interests – but it would be foolish to deny the influences of national or group culture when individuals make choices.

Regardless of our particular situation, it would be helpful to have a method for evaluating the nature and degree of that cultural influence – it might help avoid a great deal of misunderstanding and disagreements!

There is in fact a very useful tool to do just this.

This train of thought was sparked by a question I was asked in a recent interview: “How do you approach living in a foreign country?”

I was quite surprised by this at first. After all, I’ve lived quite happily in rural Africa, in Singapore, and in China. Each presented its particular problems, and each required some adaptation – but did I need to have an ‘approach’?

Thinking about it though, I realised that I do: I remember that I’m a guest in a country, and I try to act accordingly. The norms of the country where I’m living may not be those of my own country; if so, it’s my responsibility to adapt, rather than to try to change things or spend my time complaining.

Since I’m moving to Russia in the next few weeks, I’ll use a Russian example to introduce this tool, and demonstrate how we might use it.

Although it wasn’t mentioned directly, I suspect my interviewer had in mind issues such as the incarceration of members of the Russian punk band Pussy Riot, various members of whom have been tried and imprisoned. Pussy Riot have been feted in Western media as courageous artists, protesting for greater political and artistic freedom in Russia. Russians, however, generally seem to agree that they should be locked up.

So what’s going on? Why are there such different views, and why does it matter to you or me?

Let’s begin to answer that with some broad statements. Going back to the Magna Carta, it has been an established and cherished part of British culture that justice is blind: the law applies equally to everyone regardless of wealth, class, religion, or ethnicity. The state, being an extension of the sovereign’s power, was itself subject to the law and used its power to enforce the law. In reality, of course, it didn’t always work out that way – but, crucially, British culture would regard that as an aberration, not a weakening of the principle. To a Briton the law, and rights, are universal.

In Russia and China, however, this was not the case; no such principle existed. Tsars and Emperors were above the law; the law, in fact, was the sovereign’s will. Agents of the state very often behaved similarly within the extent of their powers, and subjects might have no redress*.

In Britain, therefore, individuals were free to act as they like within the law; regardless of who they were, they can do what they like; as long as the law is obeyed. Other people must tolerate this behaviour even if they don’t like it. This is the foundation of an individualistic culture, of tolerance, and of the great British fondness for eccentricity. Freedom of association further supports a culture of tolerance, and helped to build a civil society. Both contribute to freedom of speech.

Russians and Chinese, on the other hand had no such protection as individuals against arbitrary power. Associating with others in organised societies or groups was very often seen as a threat by the state. Individuals therefore had to support each other through informal networks. In China, this was primarily based on the family unit; in Russia, through more diverse connections. Dependence on personal connections requires trust and solidarity between group members. This fosters a culture that places more value on conformity, on placing group before self, and one’s own group before society as a whole.

Here I want to emphasize that I am not seeking to express any personal opinions about either culture. I’m not trying to argue that one is better than another. My point is to establish that British and Russian cultures developed in different ways. That this had fundamental effects on the way the different societies think is quite natural. The useful point for us as individuals or organizations is that tools are available to help us measure and quantify this difference. These tools give us a way to evaluate and understand the likely behaviour of other people – and also to identify assumptions we hold to be obvious and universal, but which may not in fact be either.

One of these tools is Geert Hofstede’s framework of cultural dimensions. Although – like any theoretical framework – it has its shortcomings and its detractors, it’s nevertheless a very useful method for identifying how individuals and groups from other cultures may tend to think and respond. The figure below uses Hofstede’s methods to compare British, Russian and Chinese attitudes:

You can read more about this here but, briefly:

The first column shows that both the Russians and Chinese strongly accept that society is unequal; people in positions in authority must be respected and deferred to. Contemporary Britons do not tend to think this way.

The second column shows that the British regard themselves largely as autonomous individuals. The Chinese regard themselves as member of a group first and foremost. The Russians are somewhere in-between, but are more collectivist then individualist.

The third column shows that both British and Chinese are achievement-driven: success is to be sought, celebrated, and rewarded; the Russians, however, believe more in modesty – and in modest rewards.

The fourth column indicates that the British and Chinese alike are happy to deal with uncertainty. The Russians, in contrast, do not like surprises or chaotic situations.

Finally, the British tend to think short-term; the Chinese tend to plan for the long term. No data is available for the Russians – I don’t know if there’s any conclusion to be drawn from that!

As always, we need to apply the theory to a particular situation, and we can see fairly clearly here why the British and the Russians have such different perceptions of Pussy Riot.

Brits celebrate individuality and irreverence, look first and foremost to the short term, are content to deal with any uncertainty that arises, and celebrate endeavour. From this perspective, Pussy Riot are plucky advocates for universal principles.

Russians, however, are very respectful of authority. They tend to believe that group interests come before those of individuals. They believe that people should be modest about their actions, and hate the prospect of stirring up uncertainty. From this point of view things look different: Pussy Riot are troublemakers, violating social norms and setting themselves against group values.

No wonder each country finds the other’s point of view incomprehensible.

Again, my purpose is not to advocate one position over the other, but to explore the extent to which cultures differ in often very significant degrees in their attitudes and priorities. We need to be able to deal with this objectively, rather than via stereotypes and recourse to accepted wisdom. Fortunately, there are well-recognised tools available that help us evaluate what we’re experiencing.

You may be reading this and wondering how relevant this is to you – after all, you might be happily based in the UK, for example, with no plans to move abroad, and no need to ponder the thought processes of the Russians or the Chinese. Even if that’s the case – and in a globalised economy, it may not be – the utility of the theory is that it provides five criteria against which we can measure even our fellow Brits, and possibly understand them rather better.

Here in Wales, for example, it’s often heard that “Wales has a long collectivist political tradition that is different from that of England” (source). Hofstede’s ‘Individualism’ dimension gives us a way to standardise and objectify our consideration of that.

It goes without saying that tools such as Hofstede’s framework are at best blunt tools, and that there are variations within cultures. If Wales is indeed more collectivist than England, is that because of a past in mass industry (the Welsh Valleys), or because of membership in a language-based culture (the West and North)? Even so, blunt as they are, these tools are useful. In my next post, I’ll look more into how we need them in order to evaluate and optimise social capital; in a later post, we’ll use them to add value to mapping our social networks.

* For example, Owen Lattimore writes in The Desert Road to Turkestan (1929) about tax collectors met on the road in northern China:

[T]he collection of tax is farmed out to contractors who bid for the privilege. After they have sold the agreed number of passes, everything they collect goes to fill their own pockets, so a pass can often be had for half the proper payment. Moreover, since the caravans naturally evade the inspectors whenever they can, each contractor is allowed to maintain an armed patrol to scout the countryside in search of taxable camel flesh. The men are armed with “government” rifles, but are in the private employ of the contractor; and the things that can be done by a private armed force among unarmed people are astonishing. It is no use appealing over the head of the tax collector, because the officials above him themselves draw a percentage of the tax.To go before a higher court means only the payment of a higher “squeeze”. It is hardly a wonder that to the peasant the words “law” and “official” are expressions of terror.